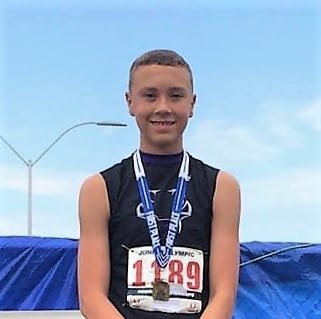 Trayvion White-Austin, Tony Torres and Neysia Howard all finished in the top ten while Cienega freshman Ayden Schilb brought home a national championship in the 1,500 for the 13-14 age group.

“Ayden started at age ten with the Vipers,” his club coach Christina Pena said. “He works extremely hard at what he loves and that’s to run. He sets a goal and makes it happen.”

According to Pena, Schilb has won every 1,500 and 1,600 meter race he has competed in this year and he set a personal record in the 1,500 at nationals.

“Ayden is a well-rounded and very humble athlete,” Pena added. “After every race, he would not walk off the track until he shook everyone’s hand and said good job. Now he’s headed to Cienega and we are just glad that we were able to prepare him for the next level.”