EDITOR NOTE: Longtime Tucson sports figure Mike Feder, general manager of the city’s Triple-A baseball affiliates in the past, has allowed AllSportsTucson.com to share some of the everlasting memories he is experiencing watching his beloved Cubs in the World Series this weekend. Feder, the executive director of the NOVA Home Loans Arizona Bowl, is in Chicago with his father Edward and son Nate watching the Cubs play the Indians at Wrigley Field. Our Steve Rivera wrote last week about Feder’s background as a Cubs fan dating to his childhood when he regularly attended games at Wrigley. 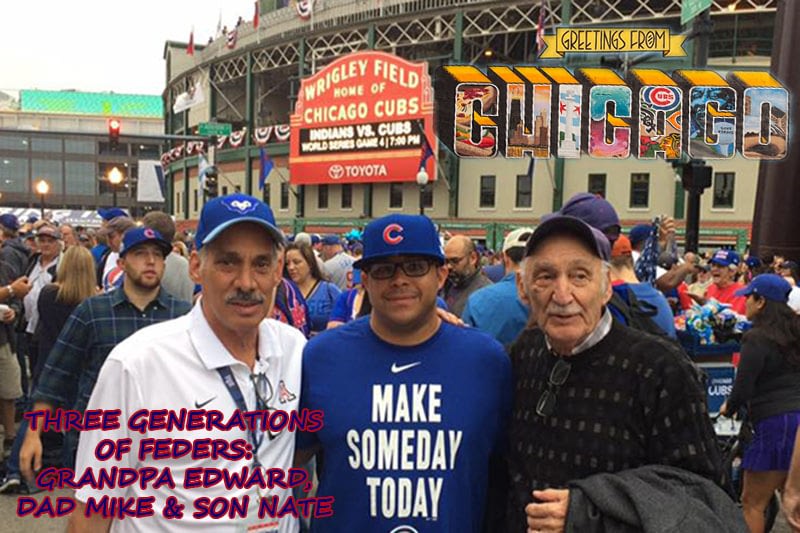 The Cleveland Indians, managed by former Arizona Wildcats All-American Terry “Tito” Francona (who has former UA teammate Brad Mills as his bench coach), defeated the Chicago Cubs 7-2 on Saturday night to take a 3-1 World Series lead in the best-of-seven series. Here are some of the photos Feder published on his Facebook page on Saturday in slideshow form (CLICK ON THE WHITE ARROWS TO GO FORWARD OR BACK):