Salpointe Catholic senior Bijan Robinson has always been more than his stats, and those stats are phenomenal.

How about 22.9 yards a carry with 711 yards in only three games? Or 13 rushing touchdowns in 31 carries (about a third of the time he has touched the ball) this season?

Raised by his mom and his grandparents, including Marana High School legend Cleo Robinson, who went on to a distinguished career as a college referee, Bijan has his “head on straight,” as he says.

Canyon del Oro and Arizona Wildcats standout Ka’Deem Carey — now excelling in the CFL — has played a part in that maturation process for Robinson, being a big brother-type when they work out in Tucson during the summer. Robinson is now in the spotlight in the city playing for unbeaten Salpointe and now being a mentor to up-and-coming prospects such as Desert View sophomore Serge Gboweiah.

“He gives me a lot of advice for off-the-field stuff, about how to keep my head level, and to keep working in the city and be the best we can be,” Robinson said of Carey.

Carey graduated with 5,701 career rushing yards and 82 touchdowns in 41 games with the Dorados in his career. Robinson is only 184 yards away and three TDs away from Carey after 38 games.


Robinson is now only 366 yards away from setting a new Class 4A-6A or “Big School” rushing record. Former Tolleson standout Marcus Thomas graduated in 2002 with 5,878 career rushing yards and Robinson is approaching at 5,512.

The overall record of 7,544 career rushing yards held by former (2A) Northwest Christian standout Casey Jahn appears to be safe, although Robinson has a glimmer of hope averaging 237 yards rushing a game and the Lancers having at least six more games this season. He is on pace to get at least another 1,422 yards by season’s end, which would put him at 6,934 before the playoffs start. 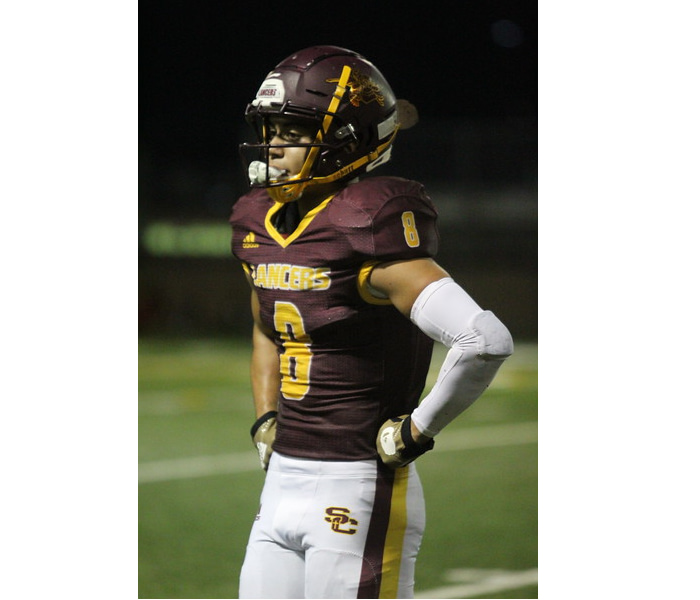 Share Tweet This is like Avengers Endgame, or for you older folk, the last M*A*S*H episode — Salpointe stars Bijan Robinson and Lathan Ransom completing their illustrious careers in Tucson after starting their careers on the football fields with TYF more than a decade ago. Moreover, 19-year coach De…

Salpointe missing the scheduled game against El Paso Del Valle — because that school scheduled another team in place of the Lancers — could be a hinderance to Robinson’s overall state record chase. But that does not matter to the best talent Tucson has produced. He is bound for the storied program of the Texas Longhorns.

“(Breaking records) means a lot but I really don’t look forward to breaking a record,” Robinson said. “I just want to play my game, be a better teammate, be the best I could for the team.

“Once the records come, that’s a great blessing to have, but that doesn’t stop there. I still have to keep working and be the best I could be.”