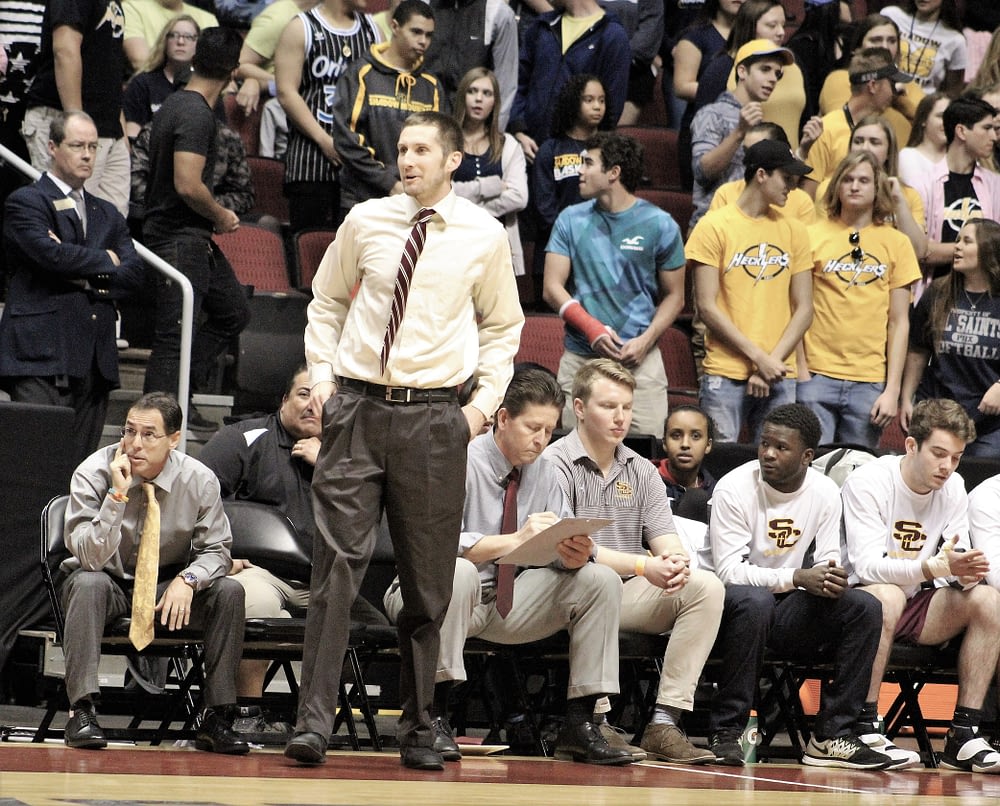 Brian Holstrom at the 4A state championship game against Shadow Mountain (Andy Morales/AllSportsTucson.com)

“…I let our players know today that I am stepping down,” Holstrom told AllSportsTucson.com.

“My decision is entirely based on the desire to focus on being the best husband, father and teacher I can be during the next phase of my life. This is not a “knee-jerk” reaction to the end of our season and, for a long time, I have known that this point in the calendar year would be the best time to separate and allow for the program’s proper transition to a new coach while I prepare to primarily pursue family and other professional goals.

“Salpointe has been incredibly supportive during my six years as head coach and I will remain employed teaching full-time as part of the community.”

Holstrom guided the Lancers to two state runner-up finishes in his tenure including a second place finish this year.

Brian Holstrom got his start as an assistant at Salpointe. Joining him on the Lancer bench was former University of Arizona standout Reggie Geary. (Andy Morales/AllSportsTucson.com)