We are at 72 days until the Arizona Wildcats kick off their 2018 season under new coach Kevin Sumlin. 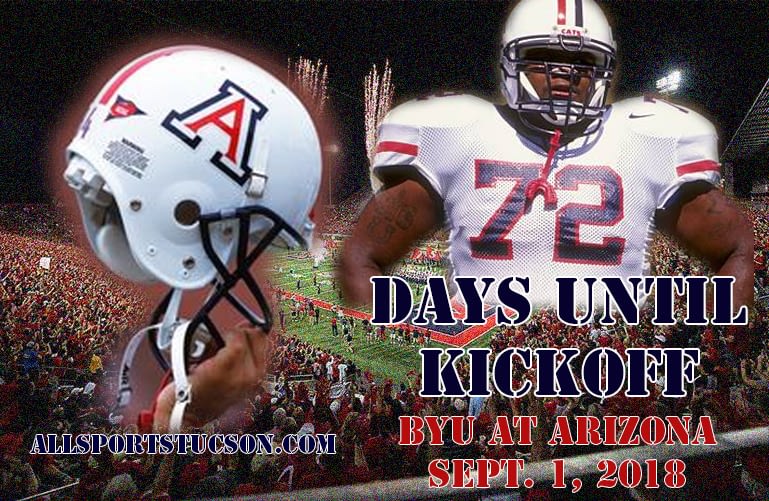 — With it being the 72nd day until kickoff, the best player to wear No. 72 for Arizona? That would be guard Yusuf Scott, who played with the Wildcats from 1996 to 1998. Scott won the Pac-10′s Morris Trophy in 1998 as the league’s best offensive lineman, as voted by the defensive linemen.

Scott, who hails from the Houston suburb of La Porte, Texas, played three years with the Arizona Cardinals after he was drafted in the fifth round in 1999.

Wearing No. 72 this season for Arizona is redshirt freshman offensive lineman Edgar Burrola, who was a 247Sports three-star performer at Desert Pines High School in Las Vegas. He also was an accomplished wrestler qualifying for the state wrestling tournament in the heavyweight division.

Remember, Heisman candidate Khalil Tate was passed over by schools like UCLA and USC because they did not view him as a capable quarterback at the college level.

I just want everything that I wasn’t suppose to have