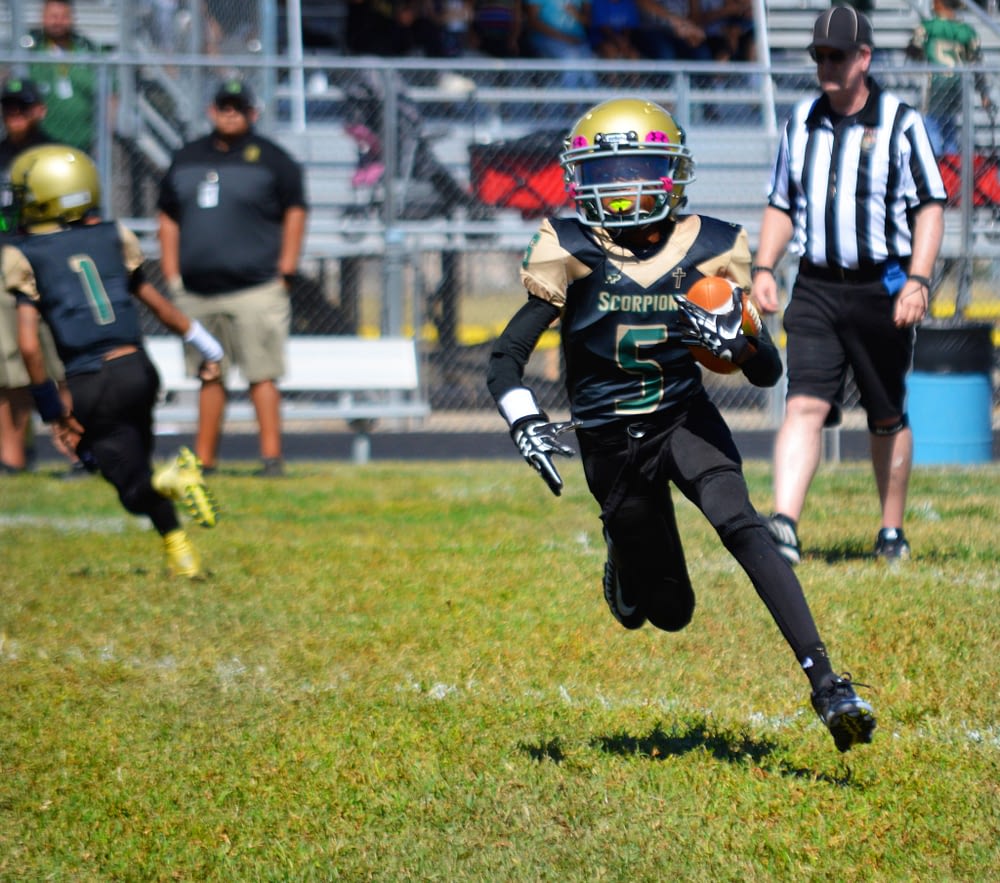 The 10U Tucson Scorpions beat the Marana Broncos 19-8 Saturday afternoon to stay undefeated at 7-0. The Broncos fell to 5-2 on the year, slipping behind the Sahuarita 49ers (5-0) and the Tucson Raiders (5-1).

The Broncos took an 8-0 lead after Darian Dewitt ripped off an 80-yard run down the sidelines and Benicio Ruiz connected on the 2-point kick. Dewitt finished the game with 113 yards rushing but the Scorpions sported a couple of running backs who combined for over 300 yards. Dylan Robinson finished with 177 yards on the ground and he picked up 13 of those yards late in the first quarter to cut the Broncos lead down to 8-6 (kick failed).

Dante Hardin ran for 139 yards and he put the Scorpions up 12-8 on a 15-yard run in the second quarter (kick failed). Dewitt put the Broncos in great position after he returned the kickoff 60 yards in the third quarter but he was stopped just short of the end zone and the tackle proved to be the turning point in the game because the Broncos gave up the ball back on downs at the 4-yard line and Hardin flipped the field on a 96-yard run to put the Scorpions up 19-8.

Marcus Devoy added 26 yards rushing for the Broncos, Kadin Thomas picked up an interception for the Scorpions and Hardin recovered a fumble.