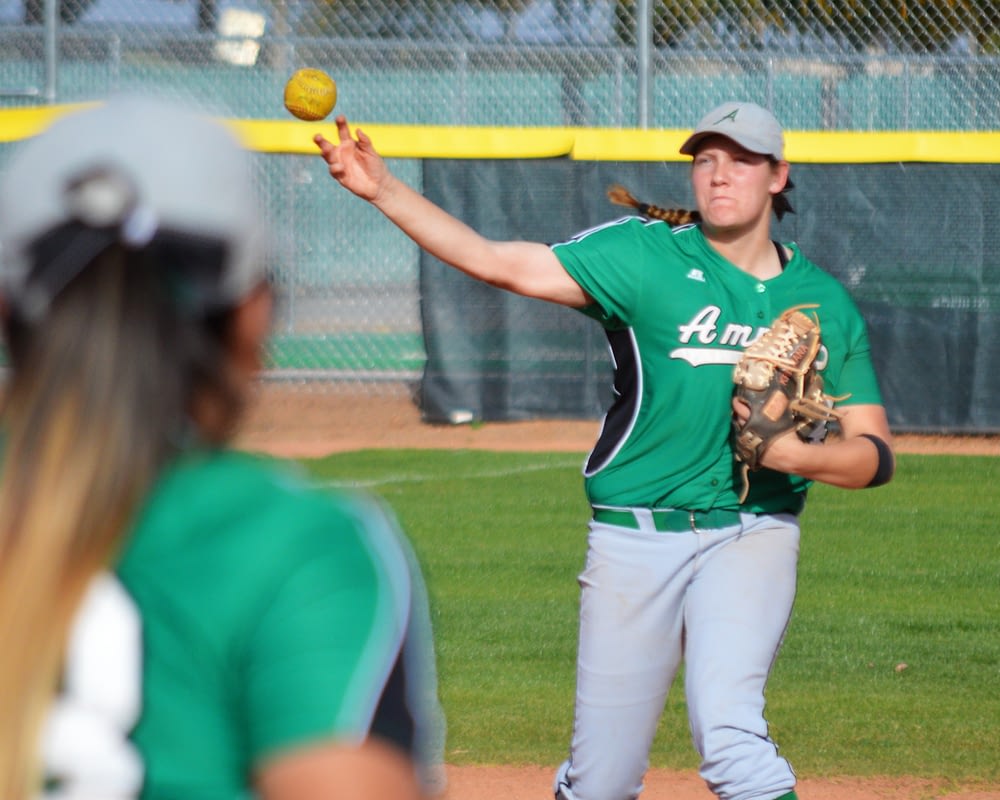 “I think we are pretty solid and we should be able to make state,” said Amphitheater sophomore Kristiana Watson. “We just have to keep doing what we have been doing.”

Watson is returning from one of the best freshman seasons ever recorded in Arizona with a .753 (61-81) batting average, 17 home runs and 54 RBIs. Those numbers were so impressive, she is believed to be the only Triple Crown winner from the Tucson area in the modern era. Even better, Watson finished 7-2 in the circle with 58 strikeouts in only 40 innings of work.

The edition of Faith Orton in the pitching rotation this spring means Watson can focus on her infield defense where she is projected to play in the college level. Several Pac 12 schools are already salivating at the thought of having the 6-foot athlete on a roster….